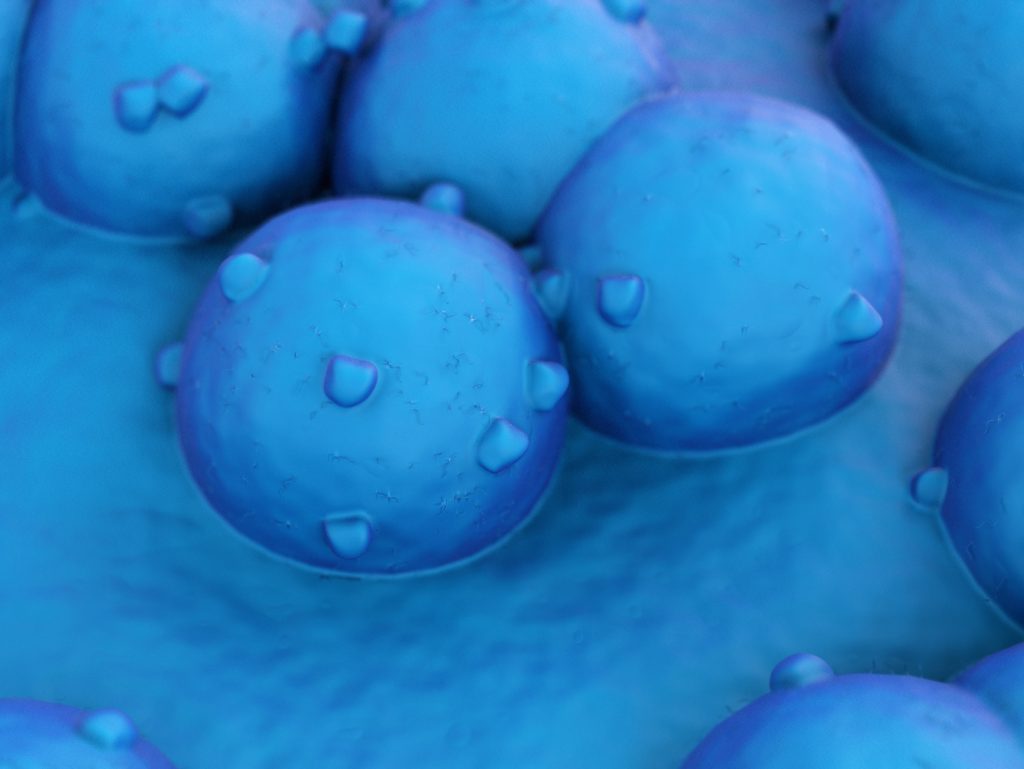 The ADAURA trial evaluates the third-generation tyrosine-kinase inhibitor osimertinib as an adjuvant treatment for patients with completely resected stage IB, II and IIIA and epidermal growth factor receptor (EGFR)-mutated non-small cell lung cancer (NSCLC). During the plenary session of ASCO 2020, impressive data of this trial were presented which led to the recommendation of the Independent Data Monitoring Committee to unblinding the trial. Overall, researchers found a statistically significant and clinically meaningful 83% reduction in the risk of disease recurrence or death with osimertinib with a safety profile that was consistent with previous safety reports of osimertinib.

Lung cancer is the leading cause of cancer death worldwide, accounting for more than 1.7 million deaths each year. NSCLC represents approximately 85% of all lung cancer cases, with an estimated 30% of patients presenting with resectable disease at diagnosis. The current standard of care for these patients consists of surgery followed by adjuvant cisplatin-based chemotherapy. Unfortunately, the outcome for patients with this treatment strategy remains suboptimal with high rates of disease recurrence across all the disease stages (5-year recurrence rate of 45%, 62% and 76% for patients with stage IB, stage II or stage III NSCLC, respectively). The impressive efficacy and tolerable safety profile of osimertinib in the treatment of EGFR-mutated advanced NSCLC patients formed the basis to also test this agent in patients with earlier stage, EGFR-mutated NSCLC.

ADAURA is a phase III double-blinded, placebo-controlled trial in the adjuvant treatment of patients with completely resected stage IB, II or IIIA NSCLC, with or without adjuvant chemotherapy. Key inclusion criteria of the trial are ≥ 18 years (≥20 in Japan and Taiwan), a WHO performance status of 0 or 1, confirmed primary non-squamous EGFR-mutated NSCLC, brain imaging, complete resection of the tumour with negative margins and a maximum interval between surgery and randomisation of 10 weeks for patients without adjuvant chemotherapy and of 26 weeks for patients who received adjuvant chemotherapy. Stratification was done based on stage (IB versus II versus IIIB), EGFR mutation (Ex19del versus L858R) and race (Asian versus non-Asian). A total number of 682 patients were randomised (1:1) to osimertinib (80 mg, once daily) or placebo. Treatment was continued for three years or until disease recurrence or when discontinuation criteria were met. Primary endpoint of the study was disease-free survival (DFS), by investigator assessment, in stage II-IIIA patients.

Following a recommendation from an Independent Data Monitoring Committee, based on its determination of strong efficacy, the study was unblinded early and the unplanned interim analysis was presented by Prof. Herbst at 2020 ASCO.

At the unplanned interim analysis, the median DFS in patients with stage II-IIIA disease was not yet reached for patients in the osimertinib arm, while this was reported at 20.4 months in patients randomized to placebo. As such, patients in the osimertinib arm had an 83% reduced risk of disease recurrence or death compared to placebo patients (HR [95%CI]: 0.17 [0.12-0.23], p<0.0001). At the 3-year landmark, 80% of osimertinib-treated patients were still disease free as compared to only 28% in the placebo arm. In addition, when considering the secondary endpoint of DFS in the overall population (including stage IB, II and IIIA), results were clearly in favour of osimertinib (HR [95%CI]: 0.21 [0.16-0.28], p<0.0001). The benefit of osimertinib was consistent across all subgroups, irrespective of sex, age, smoking status, race, disease stage, the type of EGFR mutation [Ex19del or L858R] and whether or not the patients received chemotherapy, with hazard ratios for varying between 0.12 and 0.50.

The median duration of the treatment exposure was 22.3 months in the osimertinib arm, as compared to 18.4 months with placebo. Osimertinib was well tolerated with a safety profile that was consistent with what is known from previous studies. There were no adverse events (AEs) leading to death in the osimertinib arm and the rate of grade ≥ 3 AEs was low (diarrhoea 2%, stomatitis 2%, paronychia 1%, decreased appetite 1% and upper respiratory infections 1%). Interstitial lung disease was reported in ten (3%) patients in the osimertinib arm, of which six patients had grade 1 and four patients had grade 2 disease. Finally, QTc prolongation was reported in 22 patients (7%) that were treated with osimertinib and in 4 patients (1%) that received placebo and were all of low grade.

Adjuvant osimertinib is the first targeted agent in a global randomised trial to show a statistically significant and clinically meaningful improvement in DFS in patients with stage IB/II/IIIA EGFR-mutated NSCLC. In addition, a consistent improvement in DFS was seen regardless of whether patients received prior adjuvant chemotherapy. Finally, the safety profile was consistent with the established safety profile of osimertinib, with mild EGFR-TKI class effects reported. As such, adjuvant osimertinib provides a highly effective, practice changing treatment for patients with stage IB/II/IIIA EGFR-mutation positive NSCLC after complete tumour resection.