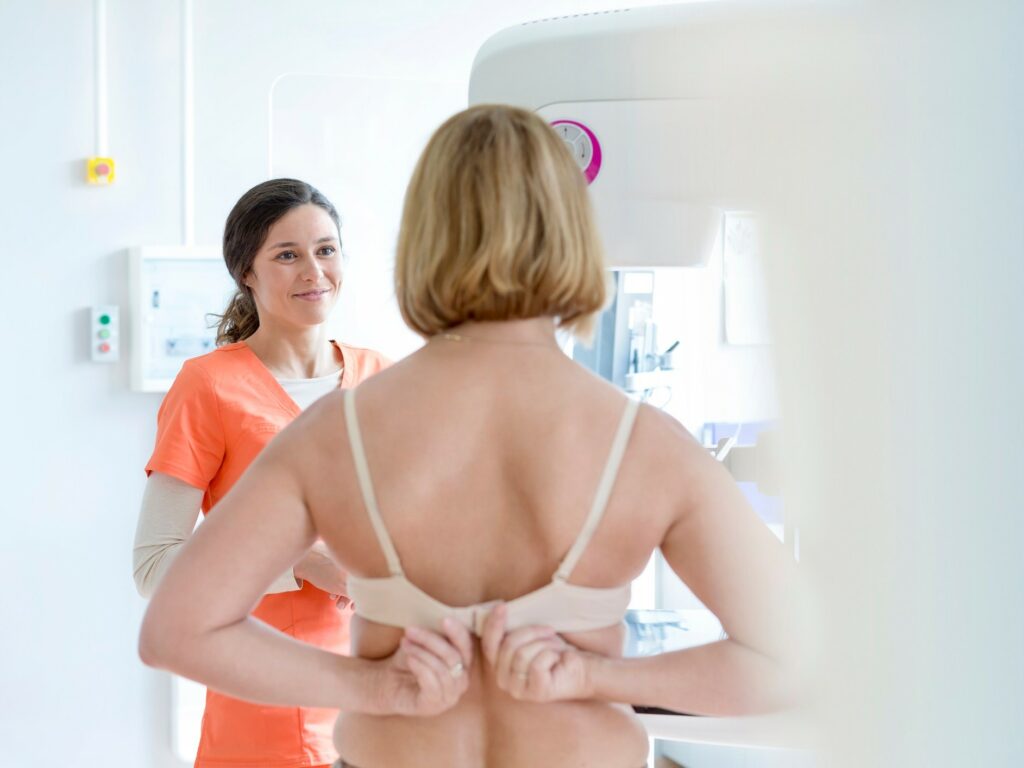 As adjuvant systemic treatments (AST) reduce mortality but increase toxicities in breast cancer patients, a careful selection of patients likely to benefit from AST is needed. A subgroup analysis of patients included in the MINDACT trial evaluated the outcomes of stage I low-risk breast cancer patients who received no AST. Although the effect of endocrine therapy (ET) on distant metastasis-free interval was limited, overall significantly fewer breast cancer events were observed in patients who received ET.

The era of personalised medicine in breast cancer focuses on escalating treatment in patients with a high risk of developing distant metastasis or death, and de-escalating treatment in low-risk patients, to avoid under- and overtreatment, respectively. Several gene signatures have proven to successfully identify patients for whom omission of adjuvant chemotherapy may be considered. For low-risk, early-stage breast cancer patients with oestrogen receptor-positive (ER+) disease who have no indication for adjuvant chemotherapy, adjuvant endocrine therapy (ET) is the standard choice of treatment. However, adherence rates in clinical practice are low due to the side effects and low recurrence risk perception.  A novel study therefore evaluated the survival of breast cancer patients who participated in the MINDACT trial and did not receive any type of adjuvant systemic treatments (AST) and compared their outcomes to those patients with similar characteristics who did receive ET.

This study is a downstream project with an exploratory subgroup analysis of patients included in the randomised phase III MINDACT trial, which included women with histologically proven operable invasive breast cancer (T1-3N0-1M0). In ER+/HER2- patients, clinical risk in MINDACT was defined as low for N0 patients with grade 1 tumours ≤3 cm, grade 2 tumours ≤ 2 cm and grade 3 tumours ≤1 cm and for node positive patients only if the tumour was grade 1 ≤2 cm. Genomic risk was based on the 70-gene signature (MammaPrint®).

According to the Dutch national guidelines, the omission of AST can be considered in a subgroup of patients with clinical low-risk breast cancer. For the purpose of this analysis, patients with ER+/HER2- N1 tumours, with a tumour size ≤2 cm, were selected from the MINDACT trial database. In this subgroup, 509 patients received no AST. These patients could have genomic low- or high-risk tumours. These patients were matched 1:1 to patients with similar tumour characteristics treated with ET, using propensity score matching and exact matching on age, genomic risk (70-gene signature) and grade. The primary endpoint was distant metastasis-free interval (DMFI). Secondary endpoints included overall survival (OS) and breast cancer-specific survival (BCSS). The PREDICT tool (PREDICT Breast V2.1) was used to calculate the estimated OS and BCSS for patients who received no AST.

With 8.7 years median follow-up, a subgroup of patients with stage I ER+/HER2-, low-risk breast cancer who received no AST had a good 8-year DMFI rate, although a slightly better outcome and lower rates of locoregional recurrence and contralateral breast cancer were observed in patients who received ET.  Therefore, the benefits and side-effects of ET should be discussed with all patients, even those at a very low risk of distant metastasis.