Circulating tumour DNA as a diagnostic, prognostic and predictive tool for melanoma patients? 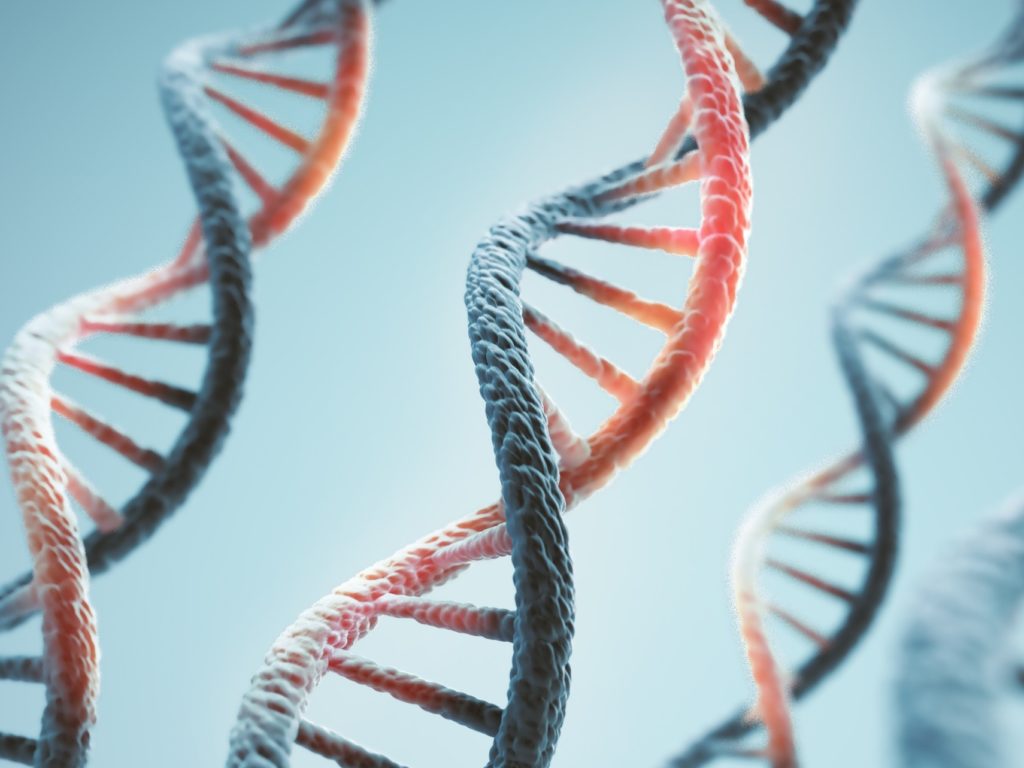 Over the past decade, impressive advances have been made in the field of circulating tumour DNA (ctDNA), including its use in the clinical management of melanoma patients. By using the diagnostic capacity of the IdyllaTM technology, one millilitre of plasma is sufficient to detect BRAF and NRAS mutations within 90 minutes. In addition, ctDNA monitoring during targeted therapy has prognostic potential and baseline ctDNA levels were found to be predictive for clinical outcomes of melanoma patients treated with anti-PD1 therapy.

Circulating tumour DNA (ctDNA) is released from apoptotic or necrotic tumour cells into the blood stream. These DNA fragments vary in size from 120 up to 200 basepairs and are specific to the tumour. The level of ctDNA in the blood can range from 0.01% to more than 90% in case of very aggressive and progressive disease. Between 2014 and 2018, more than 1,200 samples of ctDNA from melanoma patients were analysed in the laboratory of Prof. Seremet. These samples were used as a diagnostic tool and to monitor patients who are on targeted therapy or immunotherapy. In collaboration with Biocartis, a Belgian company, the IdyllaTM platform was developed to analyse ctDNA in plasma samples.

First of all, ctDNA from melanoma patients can be used as a diagnosed tool. With the IdyllaTM platform and its cartridges, only 1 ml of plasma is sufficient to detect BRAF and NRAS mutations within 90 minutes. The sensitivity of the assay is approximately 75% but the specificity is reported at 100%. Therefore, if test results come back positive, physicians can be confident that the patient indeed has a BRAF mutation. In addition, ctDNA can also be used as an early detection method for progressive disease and as a prognostic marker. Two exploratory clinical studies were conducted to learn more on the potential of ctDNA in this setting.

In the first study, 36 patients with first-time therapy under BRAF/MEK inhibitors were followed by imaging and the collection of ctDNA fractions. Remarkably, for some patients there was an increase in the BRAFV600 mutant ctDNA fraction detected even before disease progression became apparent on imaging. In contrast, patients in whom ctDNA levels became undetectable after targeted therapy had a significantly improved progression-free survival (PFS) compared to patients for whom ctDNA remained detectable (p < 0.001). The second study included 25 patients with a BRAF/MEK inhibitor rechallenge treatment. In these patients, all except one patient had zero detectable BRAFV600E mutant ctDNA when they had a confirmed partial response. These results clearly underscore the role of ctDNA as a prognostic biomarker for targeted therapy treated melanoma.

Due to 100% specificity, ctDNA detection in plasma can be used as a diagnostic tool in melanoma. ctDNA monitoring during targeted therapy has prognostic value and baseline ctDNA is predictive for clinical outcome of anti-PD1 therapy. On the other hand, high levels (≥ 500 copies/ml) at baseline or week three correlate with a poor clinical outcome.