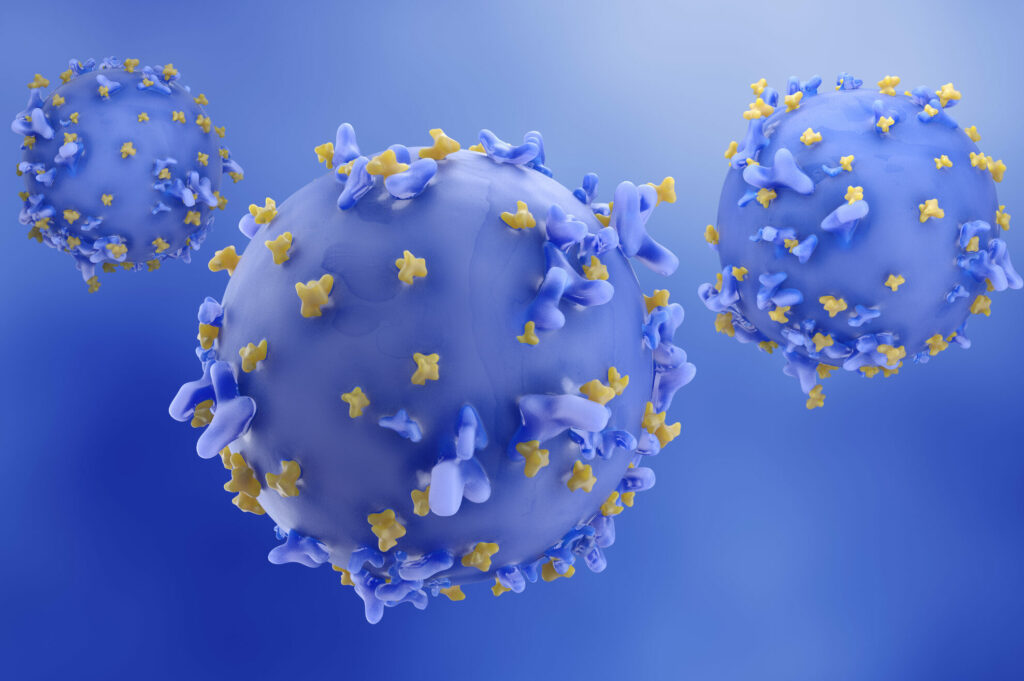 Immune checkpoint inhibitors (ICIs) are at the forefront of cancer treatment; however, a large number of patients still does not benefit from this treatment. This has resulted in either combining ICIs or ICIs with other cancer therapies, leading to the FDA’s approval of many such combinations. However, the mechanism behind the clinical efficacy of these combination therapies remains largely unknown. Palmer et al. carried out a retrospective study to determine the origins of the superiority of ICI combinations.1

The study analyzed data from thirteen phase III clinical trials involving ICI combinations with other ICIs or drugs in advanced melanoma and lung, breast, gastric, kidney, and head and neck cancers. The researchers utilized a predictive model to determine whether independent drug action was behind the efficacy of oncology combination therapies. The expected progression-free survival (PFS) under this null model was compared with the observed PFS by Cox regression for determining whether the observed effects were due to synergy between the drugs or due to additive effects.

The analysis found that the predicted PFS of patients receiving 12 of the 13 combinations was similar to the predicted outcomes for receiving both drugs as monotherapy (Pearson r=0,98; p<0,0001; N=4,173). These observations indicate that the observed benefits with these combinations were mainly due to independent drug action rather than synergy or additivity. Only in one clinical study, a longer PFS than expected by independent drug action was observed, suggesting a synergistic or additive effect on the clinical outcome. This was the combination of atezolizumab with bevacizumab, carboplatin, and paclitaxel in nonsquamous NSCLC.

Although the ICI combinations provide clinical benefits to patients, there is no evidence suggesting that these therapies interact with each other, enhancing the activity of ICIs. These findings can help design and test new ICI combinations and develop new biomarkers for ICI response.