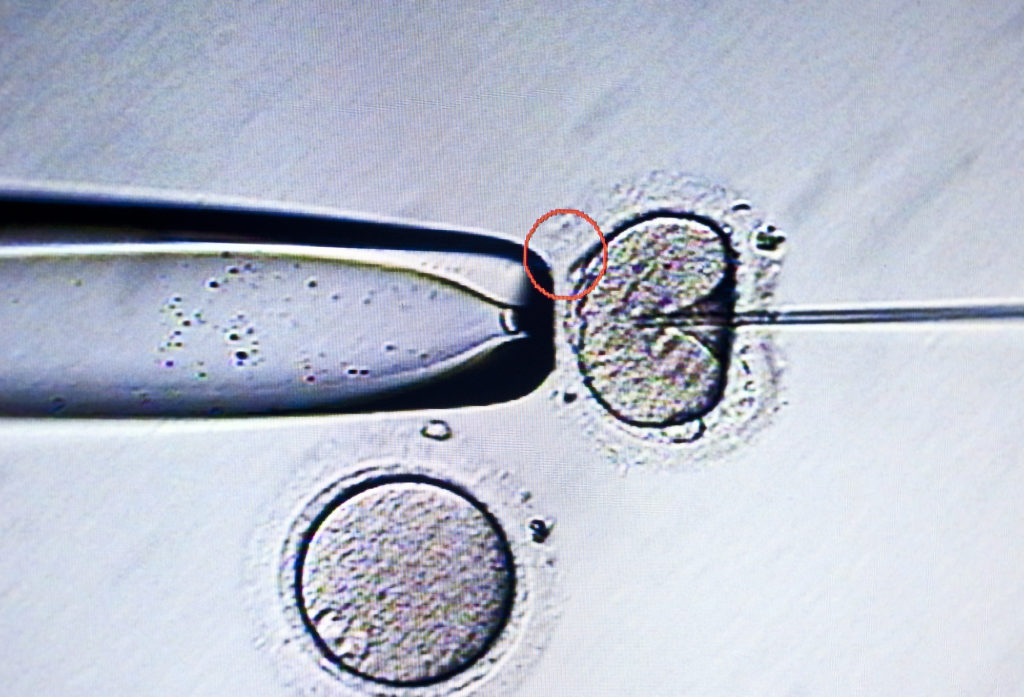 Published in the Journal of the National Cancer Institute, the OMEGA study has recently concluded that women are not at an increased risk of developing ovarian cancer following in-vitro fertilisation (IVF). Previously, it was thought that exposure to the hormonal treatment associated with IVF could increase the risk of developing ovarian cancer, although this was not the conclusion that Dr. Mandy Spaan and her team from the Netherlands Cancer Institute (NKI) came to, even after some 20 years of follow-up.

The study, led by the epidemiologists prof. dr. Floor van Leeuwen and dr. Sandra van den Belt (both of the NKI), as well as the gynaecologists prof. dr. Curt Burger (Erasmus MC) and prof. dr. Nils Lambalk (Amsterdam UMC), recruited more than 40,000 women who had their first fertility treatment between 1980 and 2000. Over the next decades, the study collected information about potential pregnancies and cancer risk factors via questionnaire, as well as further information about these women from the Netherlands Cancer Registry (IKNL) and the registry of histo- and cytopathology in the Netherlands (PALGA).

Despite the reassuring finding that IVF is not a risk factor for ovarian cancer, the study also concluded that there was an increased association between IVF and these patients developing borderline ovarian tumours. These are tumours that behave somewhere in between benign and malignant tumours. Although rare, the study concluded that the risk of developing such a tumour was almost doubled in women who had received IVF treatment. For women aged over 55 in the Netherlands, the risk of developing a borderline ovarian tumour is 0.2%; after IVF treatment, the study found that this risk increased to 0.3%. Interestingly, this risk did not increase in women who received multiple rounds of IVF, suggesting that IVF may not be the cause of this increased risk. One possible explanation may be the severity of infertility.

The study does present with some limitations, however. The average age of the cohort was 56 years, and with the majority of ovarian cancers occurring in women over 60, it is difficult to determine if IVF truly does increase the risk of ovarian tumours, both borderline and malignant. In Belgium, the incidence of ovarian cancer meets its peak at the age of 75 years, with a national average incidence of 66.5 years of age. For these reasons, follow-up research of these women is needed to truly determine any potential risk IVF carries in women aged over 60.