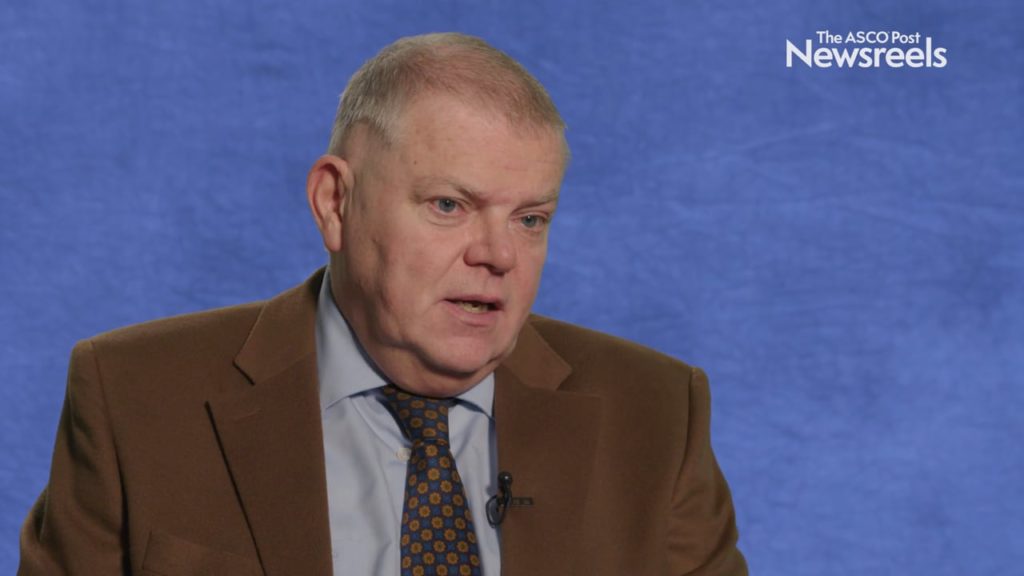 The European Society for Medical Oncology (ESMO) and the International Association for the Study of Lung Cancer (IASLC) have bestowed the Heine H. Hansen Award 2021 on Johan Vansteenkiste, Professor of Medicine at the Catholic University of Leuven and Head of Clinic in the Respiratory Oncology Unit and its Clinical Trial Unit at University Hospitals Leuven. An internationally renowned clinical researcher and devoted educator in the field of lung cancer, Vansteenkiste will later this month have the opportunity to give an award lecture at the upcoming European Lung Cancer Virtual Congress (ELCC) 2021.

Johan Vansteenkiste leads the Respiratory Oncology Unit at University Hospitals Leuven, where he has been involved in almost 300 lung cancer trials. He has served on the editorial boards of numerous peer-reviewed journals in the course of his decades-long career, including a current position as associate editor for Annals of Oncology. Among other achievements, Vansteenkiste conducted benchmark-setting research into the use of FDG-PET scan technology to diagnose, stage and monitor response to treatment of lung cancer at a time when significant progress was being made in the management of non-metastatic disease with multimodality treatment.

Vansteenkiste feels honoured be the recipient of the prestigious Heine H. Hansen Award. “I am very grateful and personally touched to receive the Heine H. Hansen Award. It closes the circle after 30 years of work with patients and clinical research inspired by Professor Hansen himself, who was one of my mentors and responsible for drawing me to the field of thoracic oncology in the early 1990s,” he commented.

It was also in the early stages of his career as an oncologist and clinical researcher that Vansteenkiste became involved in the development of tyrosine kinase inhibitors (TKIs) for lung cancer patients carrying an EGFR mutation, a targeted therapy that he saw through to its implementation in the clinic several decades later. “Seeing what has been achieved with TKIs for metastatic patients in the last 10 years, it gives me great satisfaction to have been able to contribute to their success,” he states.

Looking to the future of lung cancer treatment, Vansteenkiste believes that major advances with biomarkers for targeted therapy could also be achieved with immunotherapy, calling for further investigations into biomarkers to allow targeting of this type of treatment for individual patients in the metastatic setting. “For early-stage disease, the priority will be to gain a deeper understanding of the cancer biology and its evolution over time, using tools like circulating tumour DNA from liquid biopsies, to match patients to the adjuvant therapies that will truly benefit them and spare them additional treatments that may not be necessary,” he adds.

Professor Vansteenkiste will deliver his keynote lecture ‘Drop by drop makes a lake – 30 years of progress in lung cancer’ during the European Lung Cancer Virtual Congress 2021 welcome session, Thursday 25 March, from 09:15 to 09:45.