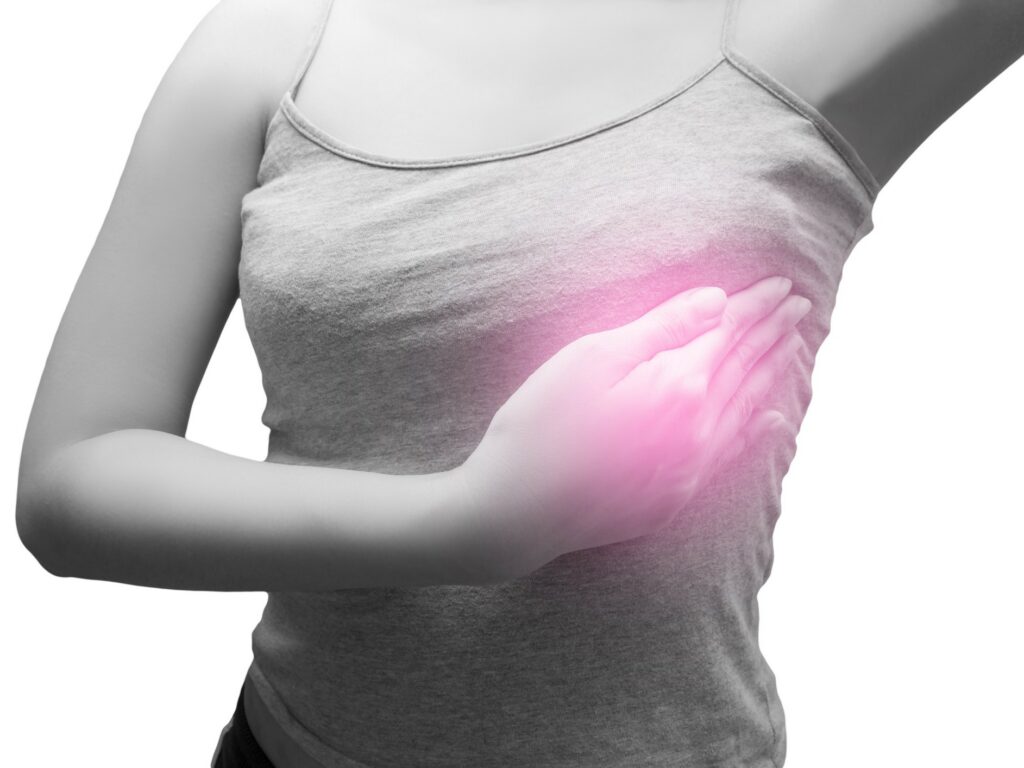 The addition of immune checkpoint inhibitors to neoadjuvant chemotherapy (NACT) is a promising strategy in early breast cancer but the optimal duration of therapy is currently unknown. In the GeparNuevo trial, the addition of durvalumab to NACT significantly improved survival despite a modest pathological complete response (pCR) increase. Interestingly, this improvement occurred in both pCR and non-pCR patients and without adjuvant durvalumab therapy.

Treatment with anti-programmed cell death protein 1 (anti- PD-1) or anti-programmed death-ligand 1 (anti-PD-L1) antibodies improved outcomes in PD-L1-positive metastatic triple-negative breast cancer (mTNBC), and has become an integral part of first-line treatment in mTNBC. Checkpoint inhibitor (CPI) therapy has entered clinical practice as a promising new neoadjuvant therapeutic approach in early TNBC (eTNBC), in particular in combination with classical chemotherapy. It was shown that adding either pembrolizumab or atezolizumab to an anthracycline/taxane-containing neoadjuvant chemotherapy (NACT) with or without carboplatin leads to an increase in pathological complete response (pCR) rates. This pCR improvement in the neoadjuvant setting is independent of the PD-L1 status. Considering the long-term side effects of CPI immunotherapy, it is important to focus this therapy on those patients who have the highest benefit and try to limit the exposure. In the GeparNuevo trial, addition of durvalumab to NACT as previously reported led to a moderate increase in pathological complete response (pCR) rate by an absolute 9% (p= 0.287). Secondary survival endpoints of the trial are now available.

GeparNuevo is a multicentre, prospective, randomised, double-blind, placebo-controlled phase II trial investigating the efficacy of NACT, including nab-paclitaxel, followed by dose-dense epirubicin/cyclophosphamide with durvalumab vs. placebo in patients with primary non-metastatic TNBC. Women with untreated uni- or bilateral primary, non-metastatic invasive TNBC were enrolled. Participants were randomised 1:1 to durvalumab 1.5 g or placebo every four weeks. Both arms received nab-paclitaxel 125 mg/m2 weekly for 12 weeks, followed by durvalumab/placebo every four weeks plus epirubicin/cyclophosphamide every two weeks, followed by surgery. Durvalumab was only given as part of the neoadjuvant treatment. After surgery, patients received postsurgical local and systemic treatment. The primary objective was pCR. Secondary endpoints included invasive disease-free survival (iDFS), distant disease-free survival (DDFS) and overall survival (OS).

The addition of durvalumab to NACT significantly improved survival despite a modest pCR effect. This iDFS, DDFS and OS improvement occurred in both pCR and non-pCR patients and without adjuvant CPI therapy. Additional studies are needed to clarify the optimal duration and sequence of checkpoint inhibitors in the treatment of early TNBC. In light of these results, the value of additional adjuvant CPI therapy needs to be further assessed given the potential long-lasting side effects and financial burden of CPIs.