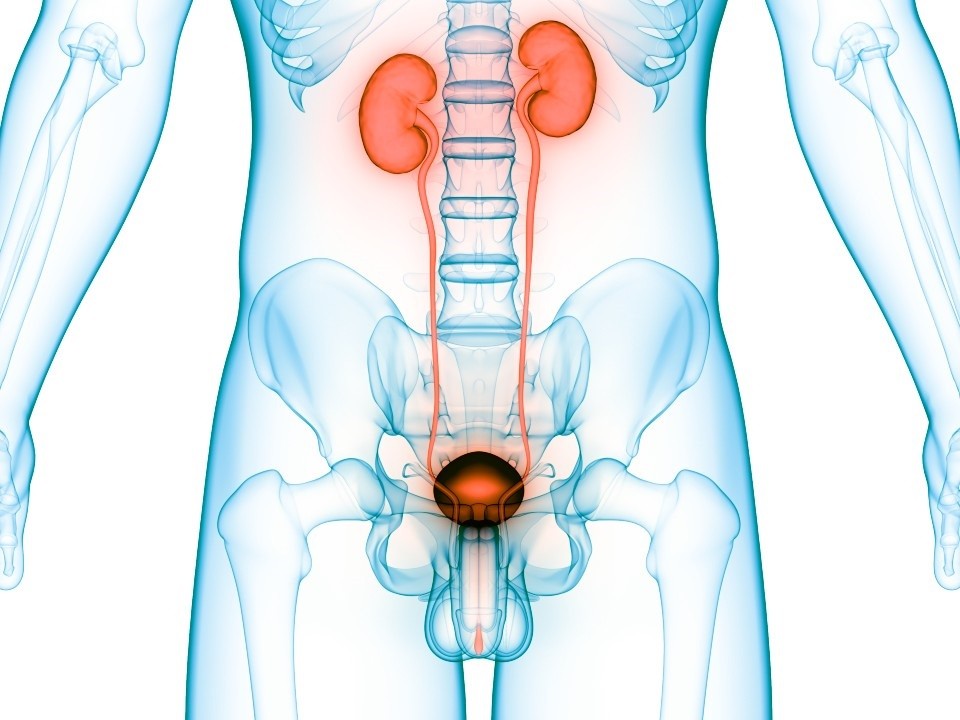 Metastatic castration-resistant prostate cancers (mCRPC) are enriched for DNA repair gene defects (DRDs) that can be susceptible to synthetic lethality through the inhibition of PARP proteins. The phase II GALAHAD trial evaluated the safety and efficacy of the PARP-inhibitor niraparib in heavily pre-treated patients with mCRPC and DRDs who progressed on previous treatment. Niraparib was found to be tolerable and demonstrated promising anti-tumour activity, particularly in those with BRCA alterations.

Patients with metastatic castration-resistant prostate cancer (mCRPC) who have progressed on a next-generation androgen signalling inhibitor and taxane chemotherapy have few treatment options. DNA repair gene defects (DRDs) are seen in approximately 12–23% of the tumours of these patients, and are associated with a poor prognosis and a potential resistance to systemic therapy. Cancers with DRDs, particularly those with defects in homologous recombination repair, are highly sensitive to the blockade of DNA single-strand break repair via PARP inhibition. The phase II GALAHAD trial analysed anti-tumour activity and safety of niraparib, a potent and highly selective inhibitor of PARP-1 and PARP-2, in patients with mCRPC and tumour DRDs.

GALAHAD is an open-label, single-arm, phase II study performed at 115 hospitals or healthcare centres in fifteen countries. Eligible patients were adult men with histologically confirmed mCRPC (mixed histology was acceptable, with the exception of the small cell pure phenotype, which was excluded), with a predefined DRD and disease progression on an androgen signalling inhibitor and taxane chemotherapy (docetaxel, cabazitaxel, or both). Patients were also required to have an Eastern Cooperative Oncology Group (ECOG) performance status of 2 or less. All patients received oral niraparib 300 mg once daily until treatment, death, or study termination. For the final study analysis, all patients who received at least one dose of the study drug were included in the safety analysis population.      Patients with germline pathogenic or somatic biallelic pathogenic alterations in BRCA1 or BRCA2 (BRCA cohort) or biallelic alterations in other prespecified DRDs (non-BRCA cohort) were included in the efficacy analysis population. The primary endpoint was objective response rate (ORR) per protocol in patients with BRCA alterations and measurable disease.

Between September 2016 and June 2020, 289 patients were enrolled, of whom 182 (63%) had received three or more systemic therapies for prostate cancer. All patients were included in the safety analysis population. In the overall efficacy population, 223 (77%) patients were included based on DRD eligibility, which included BRCA (N= 142) and non-BRCA (N= 81) cohorts. Of the patients with measurable disease, 76 had BRCA and 47 non-BRCA alterations.  The primary endpoint, ORR in the measurable BRCA cohort, was met in 26 of 76 patients (34.2%) with a median follow-up of 10.0 months. Of the 76 patients in this cohort, 46% had had at least a 30% decrease of maximum change from baseline in the sum of longest target lesion diameters relative to baseline. Median duration of response was 5.55 months. Of note, two patients (both with biallelic alterations) in the measurable BRCA cohort had a complete response. In the measurable non-BRCA cohort, ORR was 10.6% after a median follow-up of 8.6 months. No patients had a complete response.  The median radiographic progression-free survival was approximately double in the BRCA cohort than in the non-BRCA cohort (8.08 vs. 3.71 months). Overall survival was 13.01 months in the BRCA cohort and 9.63 months in the non-BRCA cohort.

Almost all analysed patients experienced at least one treatment-emergent adverse event (TEAE). The most common TEAEs of any grade were nausea (58%), anaemia (54%), and vomiting (38%). The most common grade 3 or worse events were haematological, including anaemia (33%), thrombocytopenia (16%), and neutropenia (10%). These events were manageable with one or more treatment interruptions, dose reductions, or supportive measures such as blood transfusions. Of the 134 patients (46%) with at least one serious TEAE, the most common were also haematological, including thrombocytopenia in (6%) and anaemia (4%). Two adverse events with fatal outcome (one patient with urosepsis in the BRCA cohort and one patient with sepsis in the non-BRCA cohort) were deemed possibly related to niraparib treatment.

Results suggest that niraparib has promising clinical activity with a manageable safety profile when administered as a monotherapy for treatment-refractory mCRPC with BRCA alterations or select non-BRCA alterations. Such findings highlight the importance of molecular testing to select the best targeted-therapy for patients with prostate cancer. Efforts to better understand predictive markers and signatures of response and resistance to treatment with PARP inhibitors are needed to guide therapy selection and optimise treatment outcomes.