Read online
Forgot Password? Not a member yet? Register here
News > Cancer trials > No benefit of adjuvant atezolizumab in the treatment of renal cell carcinoma 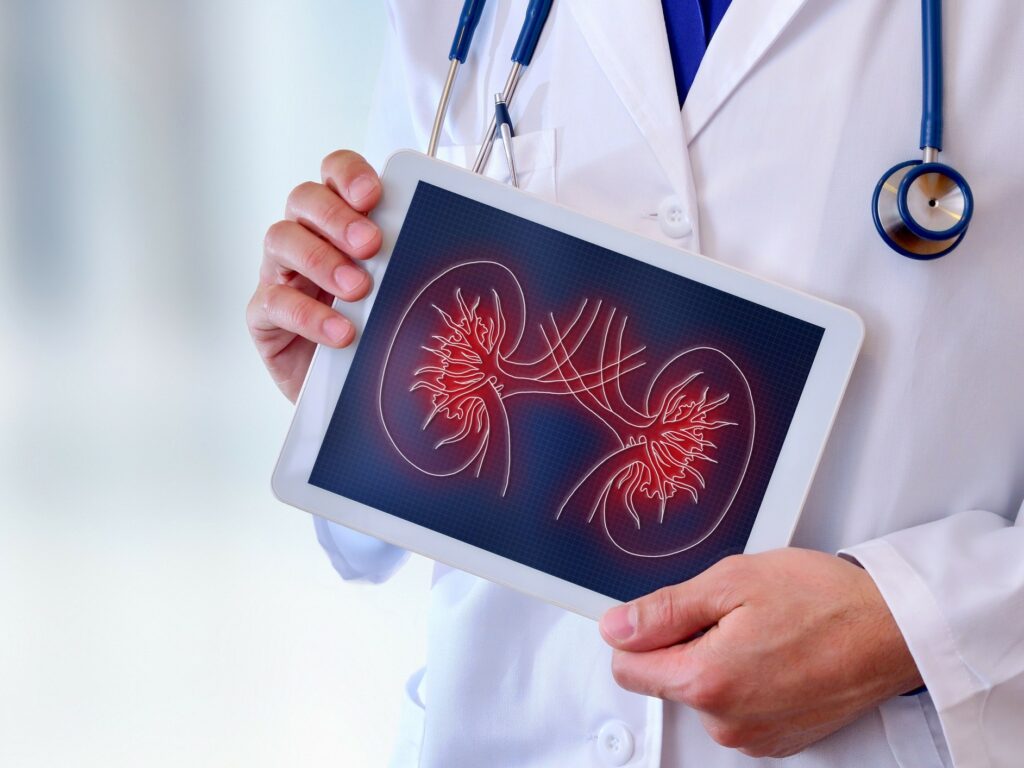 The IMmotion010 trial aimed to assess whether adjuvant atezolizumab delayed recurrence in patients with renal cell carcinoma who were at an increased risk of recurrence after resection. Unfortunately, at the prespecified primary analysis, the trial did not meet its primary endpoint and treatment with adjuvant atezolizumab did not result in a statistically significant improvement in disease-free survival versus placebo.

Approximately 80% of patients with renal cell carcinoma (RCC) are diagnosed with locoregional disease. However, many patients will experience recurrence after surgery, with 5-year recurrence rates ranging from 10% in patients with low-risk disease to 68% in patients with high-risk disease. Recently, the anti-programmed cell death 1 (PD-1) antibody pembrolizumab was approved in the USA and EU as adjuvant therapy based on results of the KEYNOTE-564 trial. In addition, two factors support the investigation of atezolizumab, an anti-programmed death-ligand 1 (PD-L1) antibody, in this setting. First, immunotherapy with PD-1 and PD-L1 antibodies in combination with CTLA4-targeting or VEGF-targeting agents has demonstrated clinical activity as first-line treatment for patients with metastatic renal cell carcinoma. Secondly, atezolizumab is approved for multiple tumour types. With data supporting the clinical activity of immunotherapy in RCC and atezolizumab demonstrating efficacy in other tumour types, investigating the role of atezolizumab as an adjuvant treatment in patients with increased risk of renal cell carcinoma is appropriate.

IMmotion010 is a randomised, double-blind, multicentre, phase III trial conducted in 215 centres in 28 countries. Eligible patients were patients aged 18 years or older with RCC with a clear cell or sarcomatoid component and increased risk of recurrence. After nephrectomy with or without metastasectomy, patients were randomly assigned (1:1) to receive atezolizumab (1200 mg) or placebo (both intravenous) once every 3 weeks for 16 cycles or 1 year. Stratification factors were disease stage (T2 or T3a vs. T3b–c or T4 or N+ vs. M1 no evidence of disease), geographical region (North America [excluding Mexico] vs. rest of the world), and PD-L1 status on tumour-infiltrating immune cells (<1% vs. ≥1% expression). The primary endpoint was investigator-assessed disease-free survival (DFS) in the intention-to-treat population, defined as all patients who were randomised, regardless of whether study treatment was received. The safety-evaluable population included all patients randomly assigned to treatment who received any amount of study drug (i.e., atezolizumab or placebo), regardless of whether a full or partial dose was received.