PEMBROLIZUMAB AS A NEW, FIRST-LINE STANDARD OF CARE IN COLORECTAL CANCER 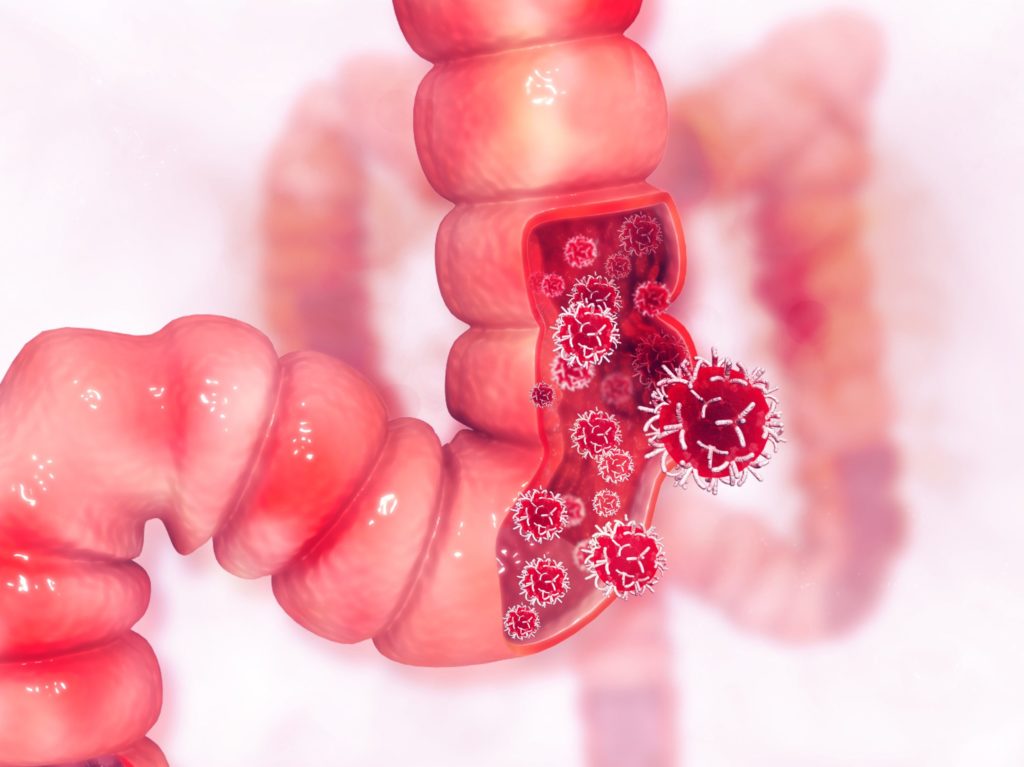 ‘Patients with microsatellite-instable (MSI-H) metastatic colorectal cancer were treated with first-line pembrolizumab vs. standard chemotherapy. Pembrolizumab outperformed the chemotherapy with a high superior Progression-Free Survival (significant HR= 0.6) and only one-third of grade 3 serious adverse events. The increased efficacy and better tolerance make this the standard first-line therapy for these patients. This strategy will probably be extended to the neoadjuvant treatment of primary MSI-H colorectal cancer as phase 2 trials have shown similar high efficacy. Moreover, patients could have less morbid local therapies if complete remission is achieved.’

Approximately 15% of all colorectal cancer (CRC) patients have evidence for high microsatellite instability (MSI-H) or mismatch-repair deficiency (dMMR) and data suggest that these tumours are less responsive to standard-of-care chemotherapy. In recent years, PD-1 blockade has emerged as an effective therapy in patients with MSI-H-dMMR mCRC who have progressed on standard chemotherapy regimens. Subsequently, the phase III Keynote 177 trial assessed the efficacy and safety of PD-1 blockade in the first-line treatment of these patients. This international, open-label phase III trial randomised 307 treatment-naive MSI-H-dMMR stage IV CRC patients to receive pembrolizumab (200mg every Q3W for a maximum of 35 cycles) or an investigators choice of chemotherapy (mFOLFOX6 +/- bevacizumab/cetuximab, FOLFIRI +/- bevacizumab/cetuximab).

The median age of participants of this study was 63 years old, 68% of participants had a right-sided tumour and 25% harboured a BRAFV600E mutation. With a median follow-up of 32.4 months, this second interim analysis confirmed the superiority of pembrolizumab over chemotherapy in terms of PFS, with a median PFS of 16.5 and 8.2 months, respectively (HR[95%CI]: 0.60[0.45-0.80], P= 0.0002). PFS was consistently in favour of pembrolizumab across pre-specified subgroup analysis. Data for OS were still immature. At the time of the analysis, 36% of chemotherapy patients had already crossed over to pembrolizumab and a further 35 patients received anti-PD-1/PD-L1 therapy outside of the trial. This translates into an effective crossover rate of 59%, which will profoundly impact the interpretation of the OS results in subsequent trial updates. Pembrolizumab was also superior to chemotherapy in terms of response rate with an overall response in 43.8% and 33.1% of patients, respectively (complete response: 11% vs. 4%; partial response: 32.7% vs. 29.2%). Treatment-emergent AEs occurred in 80% and 99% of patients in each arm, with immune-mediated AEs occurring in 31% and 13% of patients, respectively. The most common grade ≥3 adverse events (AE) in the study consisted of a decreased neutrophil count (0% vs. 17%), neutropenia (0% vs. 15%) and diarrhoea (6% vs. 11%). Overall, 14% of pembrolizumab patients and 12% of patients treated with chemotherapy experienced had AEs that resulted in treatment discontinuation.