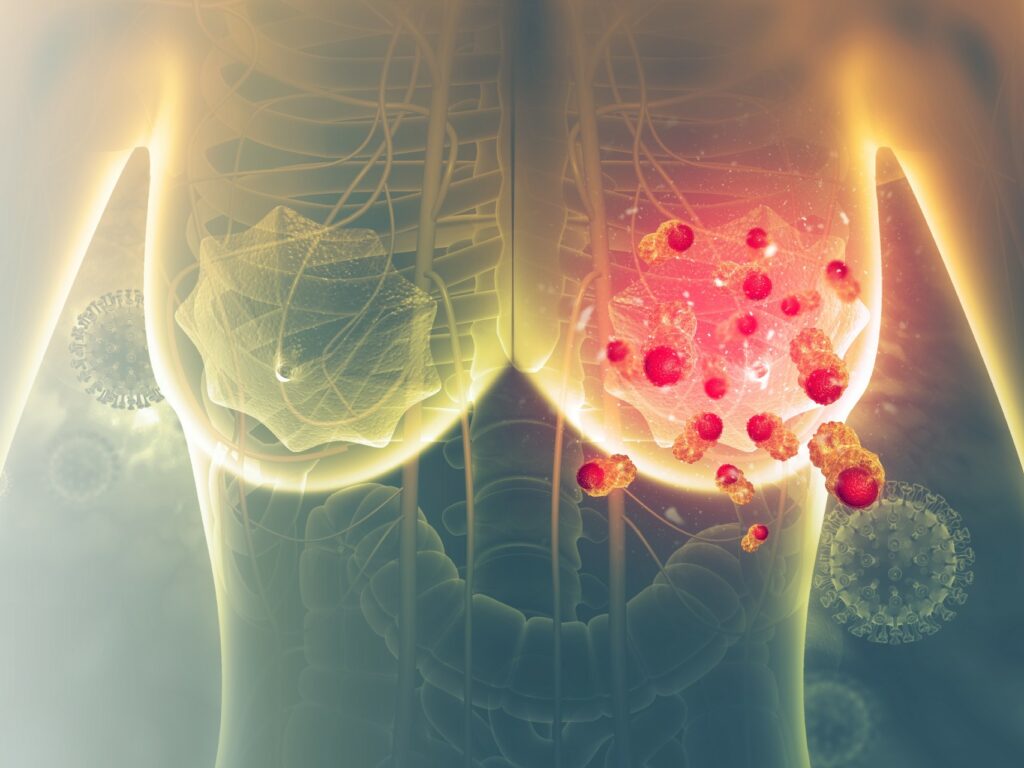 Triple-negative breast cancer is treated with curative-intent anthracycline- and taxane-based systemic chemotherapy. Still, it is associated with shorter overall survival compared to other breast cancer subtypes. In combination with neoadjuvant chemotherapy regimens, immune checkpoint inhibitors that target programmed death 1 (PD-1) or programmed death ligand 1 (PD-L1) have shown antitumour activity in patients with early triple-negative breast cancer.  In this setting, the phase III Keynote-522 trial analysed the efficacy and safety of a neoadjuvant regimen of pembrolizumab and chemotherapy, followed by adjuvant pembrolizumab after surgery. At the first planned analysis, the addition of pembrolizumab to neoadjuvant chemotherapy resulted in a significantly higher percentage of patients with a pathological complete response at the time of definitive surgery. Now, the primary results of the other primary endpoint, event-free survival, were reported.

This randomised, double-blind, multicentre trial enrolled adult patients with previously untreated stage II or III triple-negative breast cancer. Patients were eligible regardless of PD-L1 expression status. Participants were randomly assigned, in a 2:1 ratio, to receive either pembrolizumab or placebo. In the neoadjuvant phase, patients received four cycles of pembrolizumab (at a dose of 200 mg) or placebo every three weeks plus paclitaxel and carboplatin, followed by four cycles of pembrolizumab or placebo plus doxorubicin-cyclophosphamide or epirubicin-cyclophosphamide. After definitive surgery, patients received adjuvant pembrolizumab (pembrolizumab–chemotherapy group) or placebo (placebo–chemotherapy group) every three weeks for up to nine cycles. The two primary endpoints were pathological complete response (results already reported) and event-free survival (EFS), defined as the time from randomisation to the date of disease progression that precluded definitive surgery, local or distant recurrence, occurrence of a second primary cancer, or death from any cause. Safety was evaluated in all the patients who received at least one trial drug or underwent surgery.

In this phase III trial, a significant improvement in EFS was observed in the pembrolizumab-chemotherapy group compared with the placebo-chemotherapy group. The prolongation of EFS with pembrolizumab was observed across all the subgroups and was independent of PD-L1 expression. Adverse events occurred predominantly during the neoadjuvant phase and were consistent with the established safety profiles of pembrolizumab and chemotherapy. In conclusion, the results of this trial support the use of pembrolizumab plus platinum-, taxane-, and anthracycline-containing neoadjuvant chemotherapy, followed by adjuvant pembrolizumab after surgery, as a treatment regimen for patients with high-risk, early triple-negative breast cancer, regardless of tumour PD-L1 expression status.