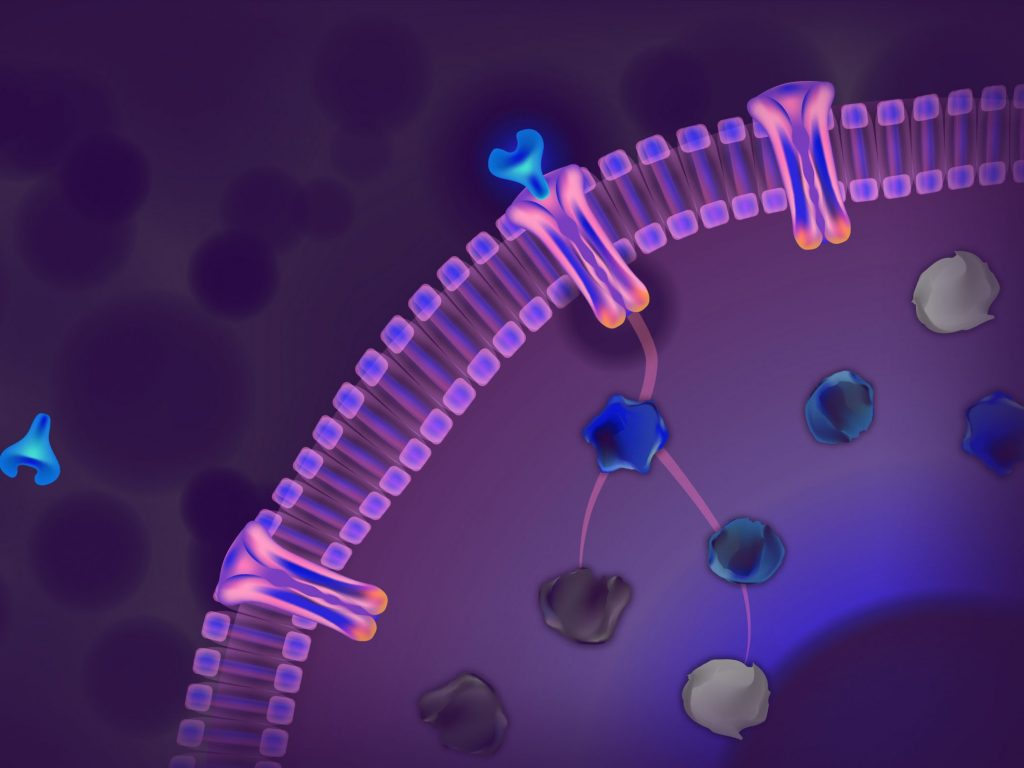 Five-year data from the phase Ib KEYNOTE-001 clinical trial show that pembrolizumab was safe and effective and substantially increased overall survival for advanced non-small cell lung cancer. Specifically, 23.2% of people who had not previously been treated with chemotherapy and 15.5% of previously treated patients were alive after five years. The greatest benefit was observed in patients with higher PD-L1 expression.

In 2011, when KEYNOTE-001 began enrollment, immunotherapy treatments were not widely available, so most participants had previously been treated with systemic medicines, or targeted therapies. The 5-year overall survival rate in the United States between 2008 and 2014 was 5.5% in patients with metastatic non-small cell lung cancer (NSCLC) using standard-of-care cytotoxic chemotherapies. The phase Ib KEYNOTE-001 study was the first to demonstrate the antitumor activity and tolerability of the anti-PD-1 agent pembrolizumab in patients with treatment-naïve or previously treated advanced NSCLC, with greater activity observed with increasing PD-L1 tumor proportion score. During ASCO 2019, the 5-year outcomes of KEYNOTE-001 were presented by Edward Garon. These results represent the longest follow-up to date for pembrolizumab monotherapy in patients with advanced NSCLC.

KEYNOTE-001 is a multicohort phase Ib study of pembrolizumab monotherapy. There were 550 people with advanced NSCLC in the trial, including 101 patients who had not previously received any treatment and 449 patients who had received prior treatment. All patients received 2 mg/kg of their body weight of pembrolizumab every 3 weeks or 10 mg/kg every two or three weeks. In recent years, however, the protocol was changed to a single dose of 200 mg regardless of body weight every 3 weeks, the typical regimen in clinical practice. Treatment was continued until disease progression, intolerable toxicity, investigator decision to stop treatment, or patient consent was withdrawn.

Patients were followed for a median of 60.6 months, or about 5 years. At that point, 18% of enrollees (100 participants) were still alive. Of those who had not received prior treatment, 23% were still alive after 5 years compared with 15.5% of those previously treated.

Immune-related toxic side effects occurred in 17% of enrollees. The most common side effect was hypothyroidism, where the immune system attacks the body’s thyroid gland. The most serious side effect seen was pneumonitis, an inflation of lung tissue, but that was not very common. No evidence was found for cumulative immune-mediated toxicity or of late-onset grade 3-5 toxicity.

The long-term results from the KEYNOTE-001 study demonstrated the potential of pembrolizumab treatment for improving long-term outcomes for patients with advanced NSCLC. The updated safety data are consistent with the known safety profile of pembrolizumab.