Read online
Forgot Password? Not a member yet? Register here
News > Prevention > Prophylactic cranial irradiation with or without hippocampal avoidance for SCLC

Prophylactic cranial irradiation with or without hippocampal avoidance for SCLC 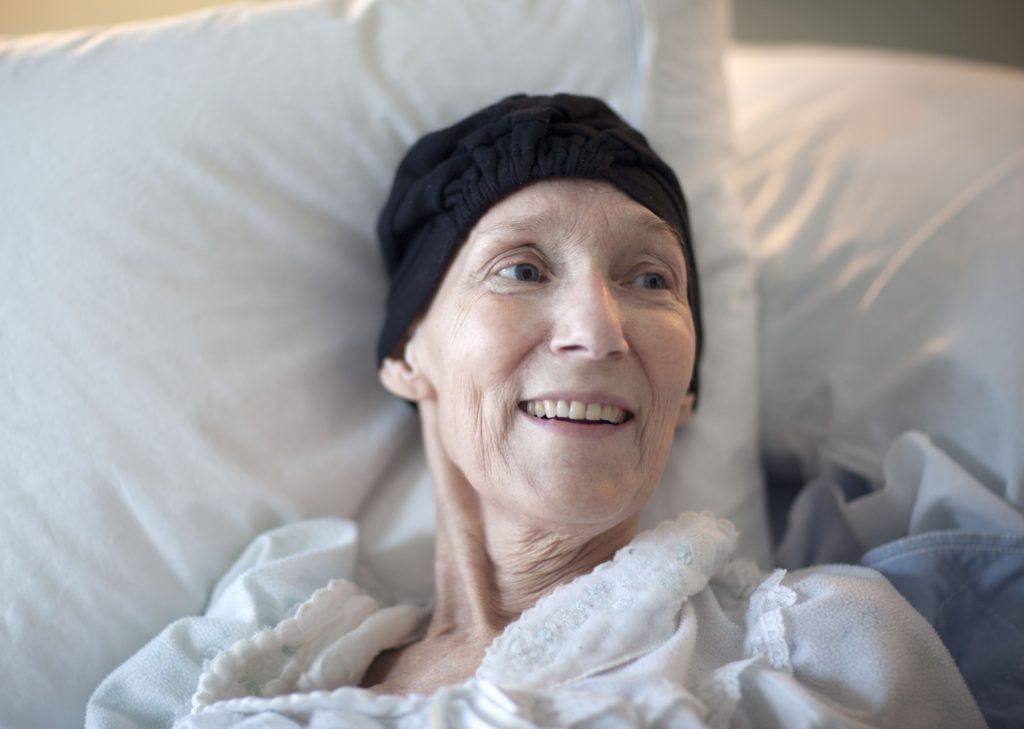 The phase III PREMER trial was designed to investigate the neurotoxicity of prophylactic cranial irradiation (PCI) and the benefits and risks of sparing the hippocampus in patients with small-cell lung cancer (SCLC) who receive PCI. Avoidance of the hippocampus during PCI better preserves neurocognitive function, while observing no difference with standard PCI in terms of quality of life, intracranial relapse, and overall survival.

Prophylactic cranial irradiation (PCI) is considered standard of care in patients with limited-stage small-cell lung cancer (SCLC) and is still under debate in extensive disease. However, there are some concerns regarding neurotoxicity due to radiation-induced injury to proliferating neuronal progenitor cells in the subgranular zone of the hippocampus. The introduction of intensity-modulated radiation therapy and volumetric modulated arc therapy enables the reduction of radiation dose to the hippocampus in the delivery of PCI. However, avoiding the hippocampus potentially increases the risk of metastatic disease within the hippocampal conformal avoidance region. Therefore, the phase III PREMER trial was designed to investigate the neurotoxicity of PCI and to assess in a randomised design the benefits and risks of sparing the hippocampus in patients with SCLC who receive PCI.

In total, 150 adult patients with histologic or cytologic proof of SCLC (limited disease or extensive without brain metastases) candidate for PCI were randomly assigned (1:1) to receive hippocampal avoidance PCI (HA-PCI, N= 75) or standard PCI (N= 75). Patients and radiation oncologists were not blinded to treatment allocation, while the neuropsychologists who scored the neurocognitive tests and the laboratory staff who evaluated magnetic resonance imaging (MRI) scan images were masked to treatment allocation. Patients were treated to a total dose of 25 Gy in 2.5 Gy per fraction, administered five days per week. In the HA-PCI group, an intensity-modulated radiation therapy or volumetric modulated arc therapy plan was generated. Verbal episodic memory was assessed by means of the Free and Cued Selective Reminding Test (FCSRT). Quality of life (QoL) was assessed with the European Organization for Research and Treatment of Cancer QLQ-C30 Questionnaire (QLQ-C30)22 and brain cancer module (BN20). Assessment of FCSRT scores, health-related QoL, and toxicities were performed at baseline and at 3, 6, 12, and 24 months after completion of PCI. Primary end point of the study was the delayed free recall (DFR) score of the FCSRT, assessed at 3 months after end of treatment.

Analysis of QLQ-C30 and QLQ-BN20 scores showed no significant differences between the treatment arms in changes over time on any of the QoL scales. Furthermore, most patients were asymptomatic and there was no difference in toxicity between the arms. In total, 30 patients (21.8%) developed brain metastases, 17 in the HA-PCI arm and 13 in the PCI arm, which was not significantly different. The cumulative incidence of brain metastases at 2 years was 22.8% and 17.7% in the HA-PCI and PCI arms, respectively. Finally, there was no difference in overall survival (median OS of 23.4 months and 24.9 months for the HA-PCI arm and PCI arm, respectively). Subgroup analysis of patients with limited and extensive disease also showed no difference in OS between the arms.

Sparing the hippocampus during prophylactic cranial irradiation better preserves cognitive function in patients with SCLC. No differences were observed with regard to brain failure, OS, and QoL compared with standard PCI.