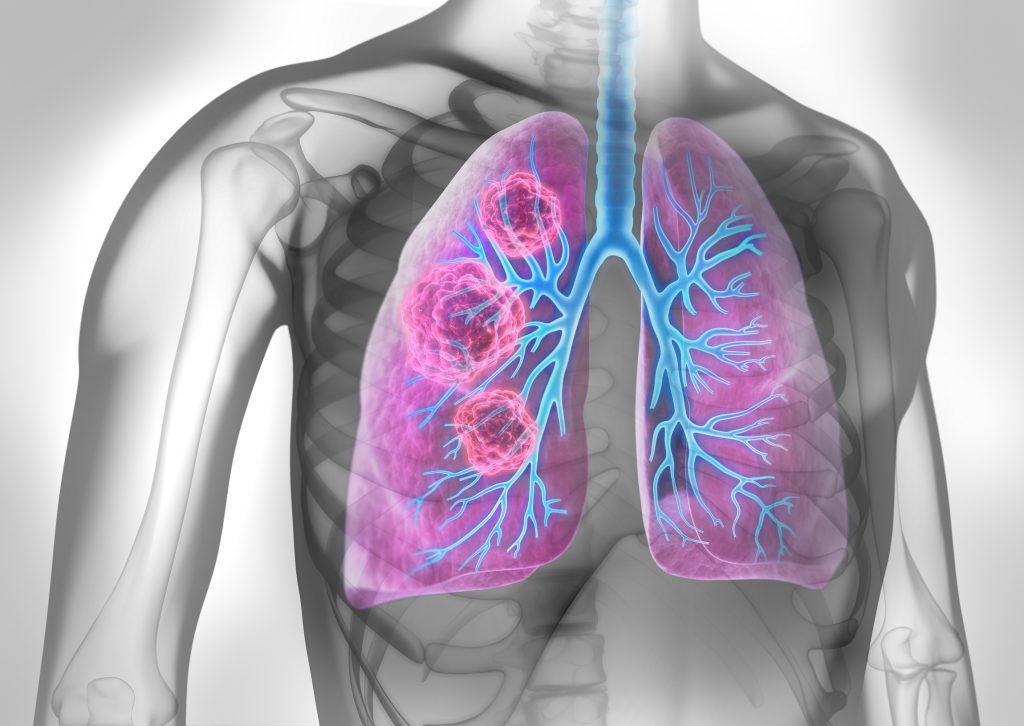 RELAY is a global, randomised, double-blind phase III trial evaluating ramucirumab in combination with erlotinib, compared to placebo in combination with erlotinib, as a first-line treatment in patients with metastatic non-small cell lung cancer whose tumours have activating EGFR mutations. The results presented by Nakagawa showed convincingly that addition of ramucirumab led to longer responses without unexpected toxicity.

EGFR mutations are present in a large subgroup of patients with non-small cell lung cancer (NSCLC). The presence of these mutations is predictive of the sensitivity to EGFR tyrosine kinase inhibitors (TKI), which are the current standards of care for first-line therapy. Treatment with EGFR TKIs leads to acquired resistance in 30-60% of patients due to the emergence of the EGFR T790M mutation. Hence, there is an unmet need for treatment options that extend EGFR TKI efficacy. Preclinical and clinical data support a dual VEGF/EGFR blockade. Ramucirumab is a human IgG1 monoclonal antibody VEGFR2 antagonist, which could be combined with the TKI erlotinib.

A total of 449 patients were randomised. Baseline characteristics for ramucirumab plus erlotinib (n=224) and placebo plus erlotinib (n=225) were well balanced. After a median follow-up of 20.7 months, the median PFS by investigator assessment was 19.4 months (95% CI 15.4-21.6) with the ramucirumab combination, compared with 12.4 months (95% CI 11.0-13.5) with erlotinib alone (HR 0.591 [95% CI 0.461-0.760]; p<0.0001). The superior effect of the ramucirumab combination was found in all pre-specified subgroups. Response rates were similar for both groups (76% vs 75%), but the duration of response was significantly longer in the experimental arm (median 18.0 months vs 11.1 months. The investigators did not find differences in rates of EGFR T790M-positivity post-progression. Overall survival data was not mature yet.

Ramucirumab plus erlotinib was associated with a higher incidence of treatment-related grade ≥3 adverse events compared to the control arm (72% vs 54%). The percentage of patients who discontinued all study treatments due to an adverse event or serious adverse event was similar between arms. Adverse events more frequent with the ramucirumab combination were bleeding/haemorrhage events (55% vs 26%), proteinuria (34% vs 8%) and hypertension (45% vs 12%).