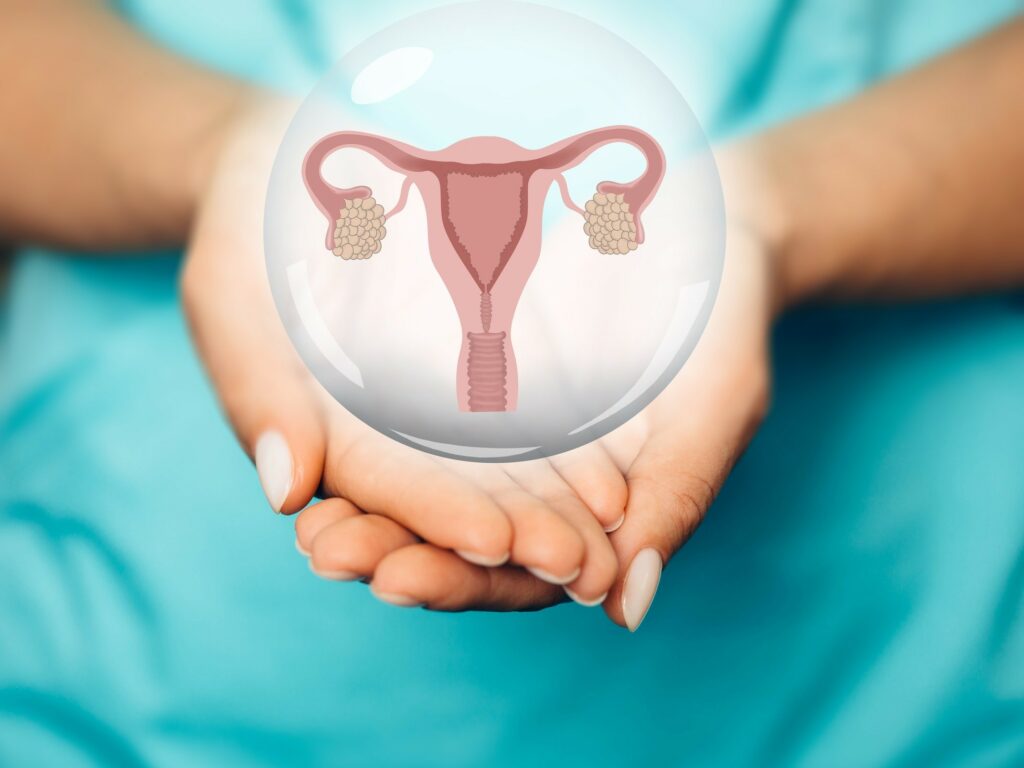 Thus far, treatment for patients with recurrent ovarian cancer has been largely based on systemic therapy while the role of secondary cytoreductive surgery remained unclear. Results of the DESKTOP III trial now demonstrate that in carefully selected women with recurrent ovarian cancer, cytoreductive surgery followed by chemotherapy resulted in longer overall survival than chemotherapy alone.

The mainstay of treatment for women with advanced ovarian cancer has been primary surgery with the goal of complete macroscopic resection of all tumour, followed by carboplatin and paclitaxel combination chemotherapy. More recently, additional systemic therapy with bevacizumab or a PARP-inhibitor has been associated with superior progression-free survival (PFS). The standard of care in relapsed ovarian cancer has mainly been systemic treatment while the role of surgery has not been well defined. However, a predictive score (the Arbeitsgemeinschaft Gynäkologische Onkologie [AGO] score) that would identify patients in whom a complete resection might be achieved was deemed necessary to select patients for a prospective trial of cytoreductive surgery. DESKTOP III is a randomised phase III study to evaluate the impact of secondary cytoreductive surgery in recurrent ovarian cancer.

DESKTOP III randomly assigned (1:1 ratio) patients with recurrent ovarian cancer who had a first relapse after a platinum-free interval of six months or more to undergo secondary cytoreductive surgery and then receive the physician’s choice of platinum-based chemotherapy or to receive platinum-based chemotherapy alone. Patients were eligible if they presented with a positive Arbeitsgemeinschaft Gynäkologische Onkologie (AGO) score, defined as an Eastern Cooperative Oncology Group performance-status score of 0, ascites of less than 500 ml, and complete resection at initial surgery. A positive AGO score is used to identify patients in whom a complete resection might be achieved. The primary endpoint was overall survival (OS).

In total, 407 patients were enrolled and included in the analysis. Nearly all patients had received previous platinum-based chemotherapy at first diagnosis, and 75% of the patients in each group had a platinum-free interval of more than 12 months. Of the 206 patients assigned to surgery, 192 (93.2%) underwent the procedure. A total of 32 of 201 patients (15.9%) in the no-surgery group crossed over to surgery because of subsequent relapse. Macroscopic complete resection was achieved in 75.5% of patients who were assigned to surgery and underwent the procedure. There were no deaths within 30 days after surgery, and reoperation was performed in 3.7%. After a median follow-up of 69.8 months, the median OS was 53.7 months in the surgery group, as compared to 46.0 months in the no-surgery group (HR[95%CI]: 0.75[0.59-0.96], p= 0.02). The median PFS was 18.4 and 14.0 months in the surgery and control group, respectively (HR[95%CI]: 0.66[0.54-0.82]). Among the patients who were assigned to and underwent surgery, the median PFS was 18.5 months, and the median OS was 55.5 months. Patients with a complete resection had the most favourable outcome, with a median OS of 61.9 months (vs. 27.7 months among patients who did not have complete resection). A benefit from surgery was seen in all analyses in subgroups according to prognostic factors. Results of quality-of-life analyses did not show any between-group differences with respect to global health status, quality of life, or any functional subscale at baseline, 6 months, or 12 months.

Cytoreductive surgery in addition to platinum-based chemotherapy in patients with relapsed ovarian cancer resulted in a benefit with respect to overall survival. The results of the current trial showed a benefit of surgery with respect to progression-free and overall survival, with an acceptable incidence of complications and without a detrimental effect on quality of life. Appropriate selection of patients (on the basis of the AGO score) and trial centres is however crucial.