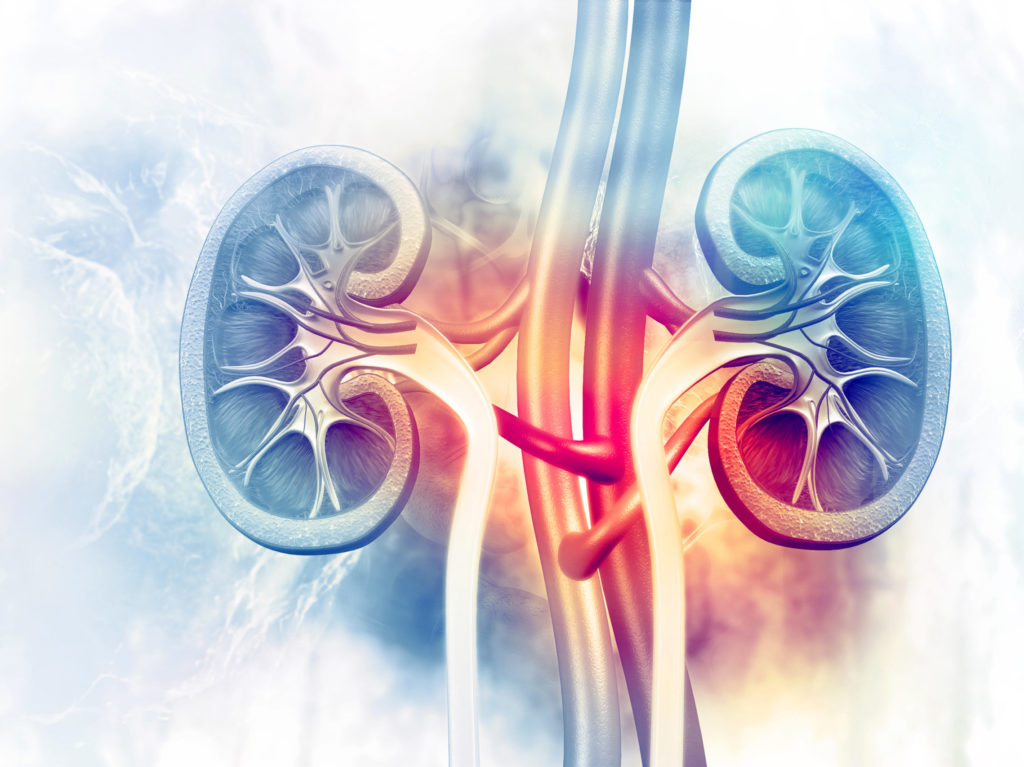 The current standard of care (SoC) first-line treatment options for metastatic renal cell carcinoma (mRCC) include both axitinib-immune checkpoint inhibitor combinations, and dual immune checkpoint inhibitors (ICI), with specific combination recommendations based on the patient’s prognosis. Prognostic risk is determined using the IMDC risk stratification tool, which takes into account clinical factors such as the time-to-medical-treatment, the presence of hypercalcaemia, performance status, and the level of red and white blood cells and blood platelets.1

Previously, tyrosine kinase inhibitor monotherapy formed the standard of care in patients with advanced RCC. These TKIs provide an overall survival (OS) of approximately 30 months, irrespective of the TKI used. In clinical trials with these agents, no OS plateau has been observed during follow-up, indicating that the majority of patients eventually progress.2 In contrast, the phase III CheckMate 214 trial found that dual-ICI therapy with nivolumab and ipilimumab does induce a plateau in OS at four years of follow-up.

In this study, the 4-year OS rates with the ICI combination and sunitinib were reported at 50% and 36%, respectively, with a clear separation of the survival curves. The study found a median OS of 48.1 months with nivolumab-ipilimumab, as compared to 26.6 months with sunitinib (HR[95%CI]: 0.65[0.54–0.78], p< 0.0001). The observed increase in efficacy of dual-ICI therapy over TKI monotherapy in this setting is likely related to the higher overall response rate induced with this regimen including a complete response (CR) rate of 11% in the CheckMate 214 study (complete responses are very rare with TKI monotherapy). Responses to the ICI doublet were also durable with a median duration of response (mDoR) that is not yet reached, compared to 24.8 months with TKI monotherapy (HR[95%CI]: 0.48[0.34–0.67], p< 0.0001).3

The correlation between response and survival is further reinforced by the finding that the type of response is associated with prognosis, with dual-ICI patients achieving a complete or partial response (CR, PR) having an OS rate of 97% and 75% at three years in CheckMate 214 trial.4 However, the results of CheckMate 214 also highlight the limitation of dual-ICI therapy in the treatment of mRCC. In fact, when stratified by IMDC risk, mRCC patients with a favourable risk did not derive any benefit with dual-ICI therapy compared to TKI-monotherapy, whereas intermediate- and poor-risk patients did (favourable risk median PFS: 12.4 vs. 28.9 months (HR[95%CI]: 1.84[1.29–2.62]). Intermediate/poor-risk median PFS: 11.2 vs. 8.3 months (HR[95%CI]: 0.74[0.62–0.88]).3 In addition to this, the PFS-benefit derived from dual-ICI therapy was predominantly observed after the first two years of follow-up. In fact, no curve separation was seen between the two treatment regimens for approximately the first nine months, indicating that until this point, patients between the two treatment arms would progress at a comparable rate (Figure 1).4

To address these limitations, TKI-ICI combinations, such as axitinib plus avelumab or axitinib plus pembrolizumab, have been studied in the frontline treatment of mRCC. In the phase III Keynote-426 and JAVELIN 101 studies, a PFS-benefit was demonstrated in a matter of weeks, compared to sunitinib monotherapy. This PFS benefit was also translated into an actual survival benefit with keynote 426 finding a significant benefit in OS with axitinib-pembrolizumab (HR[95%-CI]: 0.53[0.38–0.74], p< 0.0001).5 Also in the JAVELIN 101 trial, a (non-significant) OS benefit was observed with axitinib plus avelumab compared to sunitinib (HR[95%CI]: 0.80[0.616–1.027], p= 0.0392).6 Of note, these results compare favourably to the OS rate found in CheckMate 214 at 42 months of follow-up (HR[95%CI]: 0.72[0.61–0.86], p< 0.0002).7 Importantly, however, we need to underscore that the data of both JAVELIN 101 and keynote 426 are still immature with a median follow-up of approximately twelve months in both studies.

In addition to the three combinations described above, further frontline treatment options are emerging. In an interim analysis of the phase III checkmate 9ER trial, the frontline combination of cabozantinib and nivolumab induced a median PFS of 16.6 months as compared to 8.3 months with sunitinib monotherapy in mRCC patients (HR[95%CI]: 0.51[0.41–0.64], p< 0.0001). The median OS was not yet reached in either treatment arm at the time of analysis (HR[98.89%]: 0.60[0.40–0.89], p= 0.0010).8 Other third generation TKI-ICI combinations are also under current investigation, including the combination of lenvatinib and pembrolizumab. Switch-maintenance therapy is another therapeutic area that has been investigated recently in mRCC, finding that the approach was not applicable.

The study, which randomised mRCC patients to receive a TKI induction, followed by either nivolumab or continued use of the same TKI as induction, found a PFS of three months with nivolumab as compared to 11.9 months with the TKI (p= 0.0026).9 Dual-ICI therapy is not only a more efficacious treatment for intermediate/poor risk mRCC, compared to TKI monotherapy, it also seems to come with a more favourable safety profile. Grade 3–4 treatment-related adverse events (TRAEs) were found to occur at a rate of 46.6% with ipilimumab and nivolumab in the checkmate 214 study, with sunitinib monotherapy in the same trial producing a grade 3/4 TRAE rate of 63.9%.10 Comparatively, the TKI-ICI combination of axitinib and pembrolizumab was found to come with a grade 3/4 TRAE incidence of 58% in keynote 246.11 Similar results were found even with third generation TKI-ICI combinations, with cabozantinib and nivolumab producing a grade ≥3 TRAE rate of 61% in Checkmate 9ER.8 Dual-ICI therapy has been found to produce a higher rate of toxicity than TKI monotherapy during induction, but quickly plateaus and is surpassed by TKI monotherapy.12 As a result, it can be concluded that TKIs have not only a higher rate of toxicity, compared to ICIs, but are drivers of chronic toxicity as well. Nivolumab has been found to improve the quality of life (QoL) over time compared to everolimus.13 Conversely, no difference in QoL was observed between axitinib plus pembrolizumab and sunitinib monotherapy.14 In the preliminary analysis of CheckMate 9ER, only a numerical improvement in QoL was observed with cabozantinib plus pembrolizumab, compared to sunitinib.8

In conclusion, with a confirmed durable response, dual-ICI therapy has become a new SoC for intermediate/poor risk mRCC patients. However, this combination does have some limitation and may not be suitable for patients with favourable IMDC risk. For these patients, TKI-ICI combinations are an efficacious alternative. Furthermore, third generation TKI-ICI combinations are under current investigation. Finally, with each combination having different indications and varying safety profiles, it is important to individualise management plans for patients and consider these factors when selecting the most appropriate treatment.