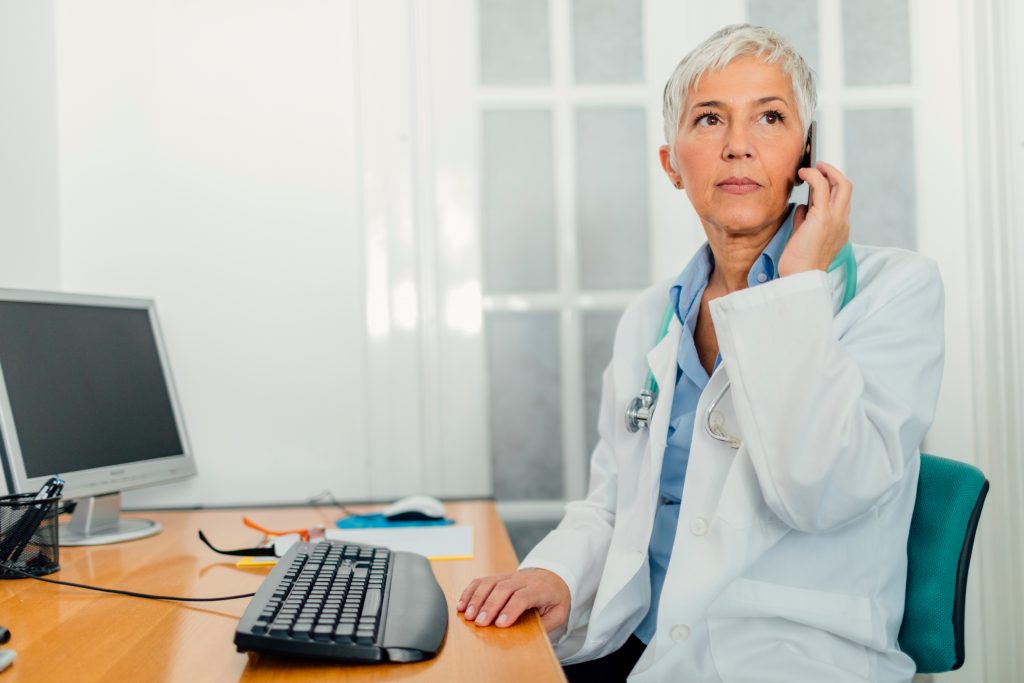 With health workers facing unprecedented challenges, a new international service has been launched from Belgium to offer support to medical professionals and all hospital workers/carers at the forefront of the Coronavirus emergency. The Worldwide Empathy for Medics (WEM) links medical staff and health workers with empathic listeners, recognising the urgent need for all round well-being and regeneration for carers.

Set up by Belgian company Blabla, WEM has accumulated 161 voluntary listeners internationally with 95 of them currently available to service healthcare professionals in English. Available 24 hours a day, via its international online platform, health care staff can find someone in the world, ready to receive a call, via phone, Skype or WhatsApp to speak to about the very real and heightened concerns whilst working during the Covid-19 Pandemic. The multi-lingual service offers free anonymous and unlimited listening, whenever, and for as long, and as often as the person calling need and wants it.

The website is available in 5 languages, and listeners speak 19 languages, such as English, Spanish, Hindi, French, German, Polish, Danish, Dutch and Italian, with more languages to be added soon. Medical and healthcare professionals can simply search to find out who is online and link up with someone ready to listen.

WEM coordinator and psychologist Shona Cameron explains: “Carers need care too, now even more than ever. We know that many will be in need of support, a place to recharge the batteries or simply someone to confide in, even for just a few minutes. To be heard by someone with empathic listening skills is often described as liberating and empowering. We want everyone to know that they can call at any time. We don’t want anyone to go home in tears alone.”

WEM co-founder, Corrylaura van Bladel (Blabla) adds, “The idea came about when my doctor friend, Dr. Luc Peetermans, told me he was struggling with the Covid-19 outbreak and asked for a helpline in Belgium for those in the healthcare sector. I realised this was going to be a worldwide issue, so I set out to create a platform that can respond globally and quickly. We know that health workers are facing unprecedented challenges and are dealing with traumatic circumstances, making life or death decisions every day, and are faced with long hours and separation from their families in addition to putting them at risk. Unfortunately, many will also suffer from PTSD – post traumatic stress disorder as a result of the intensity of the situation. This is more or less a war zone environment. We hope the service offered will eventually cover all continents and many languages, once people know that the platform is available.”

WEM is an online platform created to link workers who are giving service to those affected by COVD-19, by providing real-time contact with an empathic listenening ear. WEM was initiated by Dr. Luc Peetermans, and created and coordinated by Blabla-Foundation VZW (B) in collaboration with an international team of Nonviolent Communication (NVC) trainers.

The WEM initiative has also drawn attention from pharmaceutical company Bayer who is one of the sponsors of the program. Werner De Prins, Country Division Head Pharmaceuticals and CEO Benelux says: “Healthcare workers are under immense pressure during the corona crisis. They are in the front line and give the very best of themselves in order to save lives. Sadly, this will have its effects on their well-being. And it is our responsability to care for our caregivers. Worldwide Empathy for Medics is a brilliant initiative that provides a solution to an acute problem. At Bayer, we immediately realized that this initiative deserves our support and we hope all healthcare professionals will get to know about WEM.”

Dr. Luc Peetermans works as a G.P. in Mol, and he is the originator of the WEM initiative. “I’m worried because I have the idea that our government in Belgium thinks there are enough systems to support all the carers that are overworked, but that’s really not true at all,” he explains. He remembers when the first COVID-19 infected patient was diagnosed at his practice, om the 12th of March

“This first patient didn’t seem very ill, he seemed to have just a severe cold, but when the lab notified us of the results a heavy feeling engulfed the clinic. Everyone at work then knew the epidemic had started. The heavy feeling we felt wasn’t easy to describe but we felt ourselves being triggered into the fight or flight mode. Calamity was upon us. And at that moment we had no idea how this calamity would impact our clinic. The next few days showed us the many forms this calamity was taking. First of all, everyone was cautious. Other people were no longer seen as friends, family or colleagues, they were threats as well. We knew most of the infections happened through a-symptomatic carriers, so everyone was a suspect. A colleague couldn’t just put something on your desk. Had this colleague washed his hands, where did he get the thing, who else had touched it? Opening the door was now an action that required your full attention.”

“Then the telephone calls from worried patients came in. They felt like they had pressure on their chests and had difficulties breathing. Some of them coughed more than usual, others demanded to be tested on Covid-19. It was our task to stay alert and recognise the suspicious stories between the many others. After a few days, the complaints got worse. People who got severely ill had to be physically examined. Not all doctors in our clinic were able to work with us. Some were too old and therefore were too much at risk of getting sick themselves. Another doctor had a chronic disease for which he had to take medicine which lowered his immunity. Of our six doctors three remained, one of whom was pregnant. There is no evidence Covid-19 can affect a fetus, there are no guidelines suggesting separating pregnant women from infected patients, but we didn’t want to take any risks. So only two doctors were left, of which one was a trainee. If the trainee treated the patients and couldn’t figure it out, the senior doctor would have to assist, but there was only one protective suit. Therefore we didn’t have much choice.”

Dr.Peetermans continues: “We were relieved when our town Mol decided to start a central triage point. Then the first patients came. That’s when the drama increased. I was in a crisis meeting at the hospital. The director leading the meeting fixated on me and said: “We’re older than 60, we have to be prepared that if we need artificial respiration, there will be no room for us on intensive care. Younger people will have to take priority.” This realisation hit hard. Back at the clinic, we checked if we had enough and the right medicines to end my life humanely if it came to that. My colleagues promised to help me if it ever came to that, instead of leaving me home to suffer.”

“Next came a series of telephone calls. A local business leader called. When the lockdown started they had been drowning in telephone calls from desperate independent entrepreneurs threatening to commit suicide if they didn’t get financial support. A nurse working in a residential care centre also called, one of their inhabitants couldn’t handle the stress and had jumped out the window. Next call was from a colleague, her daughter had double pneumonia and far too little oxygen in her blood. She had to be hospitalized and our colleague had to stay at the hospital. Her husband was a pulmonologist, he’s responsible for all hospitalisations and couldn’t be there with them.”

“How does one deal with this situation? How do you make decisions while you’re in constant stress and you’re aching for a bit of sleep? The pulmonologists at the Heilig Hart hospital in Mol had a simple system to keep working. The first one works until he gets ill, then the next one takes over. They hoped that by the time the last one fell ill, the first one had cured. The husband was the second pulmonologist, the first one was already ill. For them it was not a question of whether they got sick, but when. Meanwhile, the radio reported that in Italy 30 doctors already died from COVID-19…”

That story describes that first dramatic week, when the full impact of the lockdown hit home and nobody knew what the future would bring. Now, two months later, it seems that the dust has settled somewhat. “Yes I guess the novelty has worn off a bit”, dr. Peetermans muses. “At the onset of the crisis suddenly every medical professional was deemed a superhero and people were applauding us every evening. Nobody does that anymore. Still, that does not mean that things are anywhere near normal for doctors and nurses.”

“Corona is a nasty illness, make no mistake. For many medical professionals it was -and still is- harrowing to see patients die in such numbers. Not just people from vulnerable groups, but also young and fit people. We are still dealing with that shock. Post-traumatic stress is only starting to emerge now. And don’t forget that, even though there are fewer corona patients and the special corona wards are no longer overcrowded, that doesn’t mean that the doctors and nurses who cared for them suddenly have nothing to do. No, they are moved back to their everyday ward and have to care for their regular patients. But there is a huge backlog of postponed treatments that they need to address. So despite being exhausted and emotionally drained, we cannot relax for one moment. That is beginning to take its toll on medical professionals.”

Being able to vent, cry or voice concerns to an anonymous, empathic listener is very valuable in these days, dr. Peetermans believes. “Don’t forget that the people who are close to medical professionals, such as their partners, family and friends, all have their own corona-crisis to cope with. Finding empathy can be challenging under these extraordinary circumstances. Don’t forget: doctors make the worst patients. We don’t easily ask for help or acknowledge being vulnerable. And when the outside world suddenly sees doctors and nurses as superheroes, that doesn’t help either. Superheroes don’t cry, after all.”

The WEM initiative is a big success since its launch. “I hear that people are very happy with the service and call back to share their stories. What is really amazing is that WEM seems to have taken off much more abroad than in Belgium. Especially in Italy, the United Kingdom and the USA medical professionals have truly embraced the service. Perhaps we Belgians are slightly more reserved when it comes to opening up and sharing our feelings with strangers.” 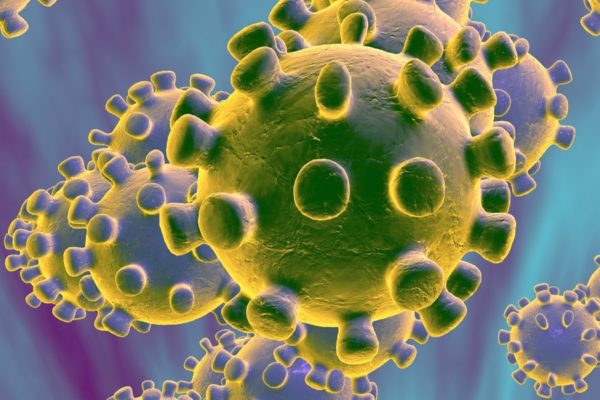 The clinical impact of COVID-19 on cancer patients 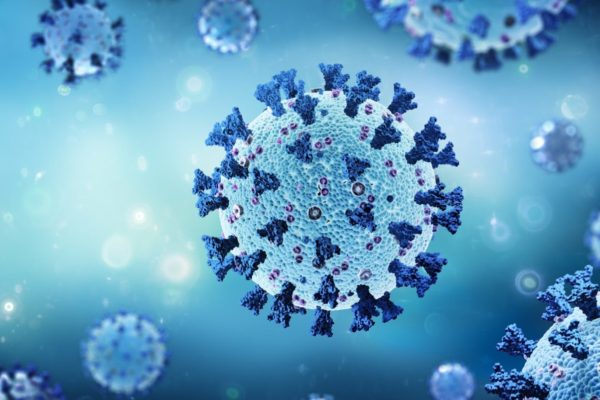 Cancer Patients with COVID-19: A population-based, nationwide analysis from Belgium 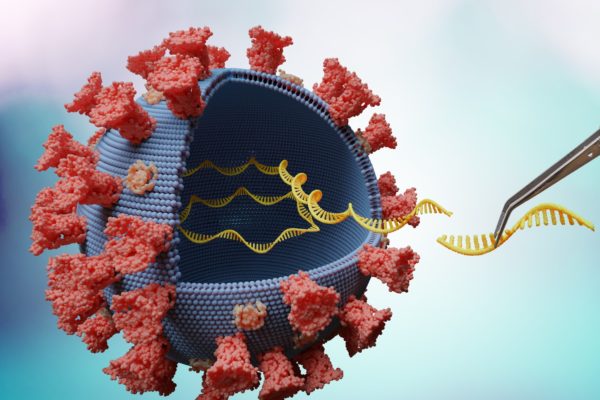